As I continue with research on death and burial, ritual, folk magic, and superstitions of the 17th – 19th centuries,[i] I come occasionally across articles that lighten the mood of what can sometimes be tedious trawls through the archives. So here are a couple that may be of interest to readers. Although neither appears to have been specifically intended for Halloween at time of publication,[ii] this festival seems a fitting time to share these excerpts, which relate to ghosts, and fear of the dead, in a light-hearted manner (at least in part).

The first is from George Cruikshank’s Omnibus (ed. Laman Blanchard, 1841) – which is accompanied by (as is often the case for Cruikshank’s work) splendid illustrations – initially reproves ghoulish frights and pranks.[iii] It goes on to deplore the ‘training up in terror’ of children by parents and carers – though with reference to the resilience of at least one youngster known to the author; and after pondering unreasonable fears of the churchyard, and categorising spectres into ‘audible’ and ‘visible’ types (and contemplating which is more fearsome), concludes with a ‘ghost’ story. As an aside, the excerpt mentions what appear to have been well-known stories of ghosts at Windsor and Dublin (for which there are references within several newspapers).[iv]

For those (like myself) unable to ignore this work as a historical source (especially regarding Halloween traditions), the illustrations may be particular interest. These show the components of a ghostly costume (the first as utilized to frighten graveyard visitors, the second pre-construction) – the head of which is made from what looks like a hollowed-out turnip (or other large root vegetable), the carved features closely resembling those of modern-day Halloween pumpkins. Ostensibly, this might be taken to suggest a general familiarity with the custom by the early 1840s. However, bearing in mind the prevalence of this tradition in Ireland during the 19th century, and its rarity in England until the second half of the 20th century,[v] it is as possible that the authors (and at least some of their readers) were aware of the tradition through Irish settlers.[vi]

The second series of excerpts, beginning with ‘The “Ghost” Scare in Derby’, and concluding with ‘Capture of a “Ghost” in Derby : Exciting Scene’, dates to several decades later in the 19th century, and relates a more localised apparition. These newspaper articles require less of a preamble than the first collection of excerpts. What might be said is that there seems to be a superfluity of ghost sightings in the first half of 1880s, in various regions (including several in the East Midlands). I’ve not yet sought the reason for this, although in going through the archive numerous ghost stories seem to have been published at this time, and articles about spiritualism appear in the news, suggesting a ready audience for spectral manifestations. I shall leave readers to consider what Cruikshank and Blanchard might have said about these incidents! 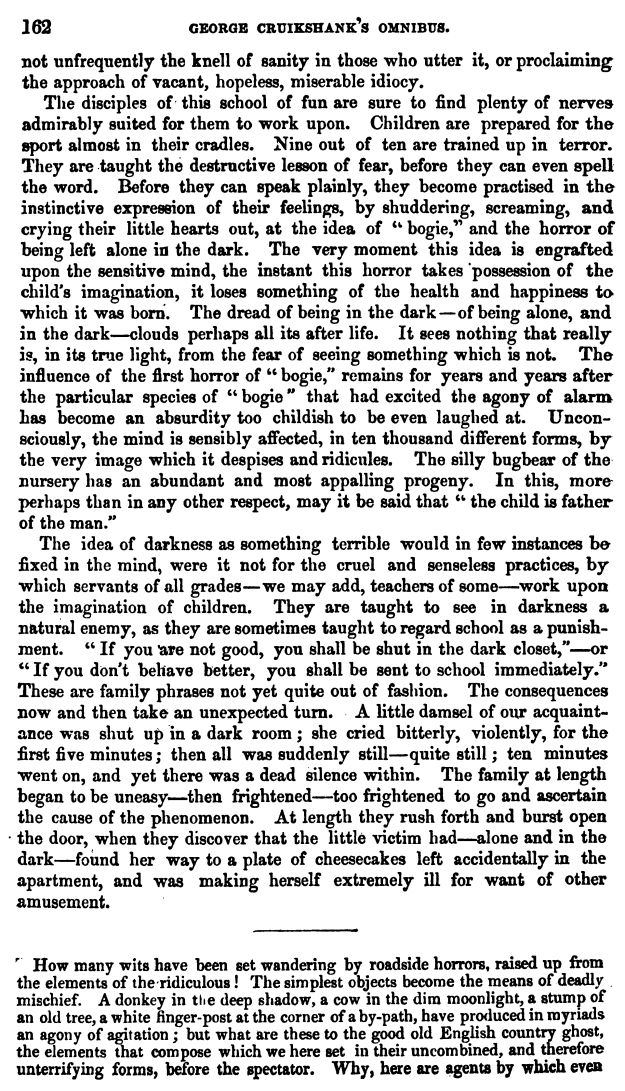 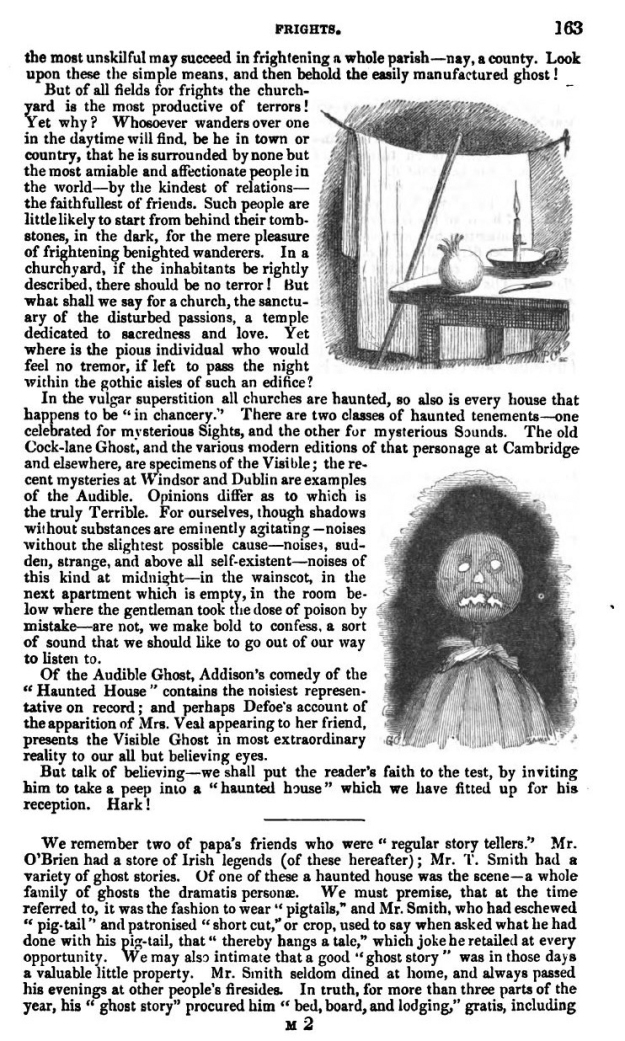 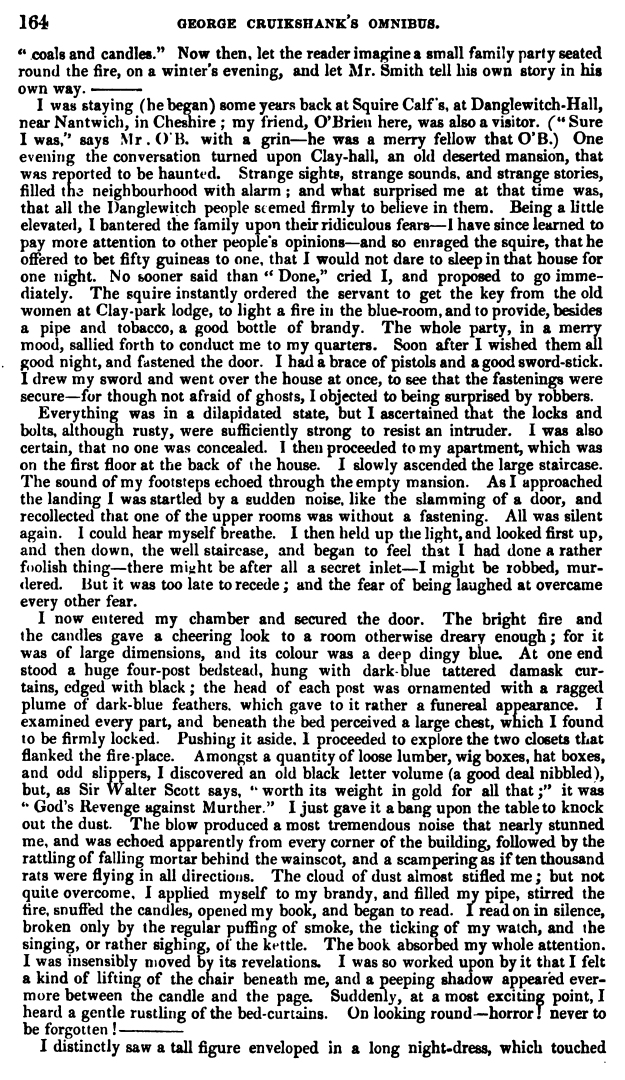 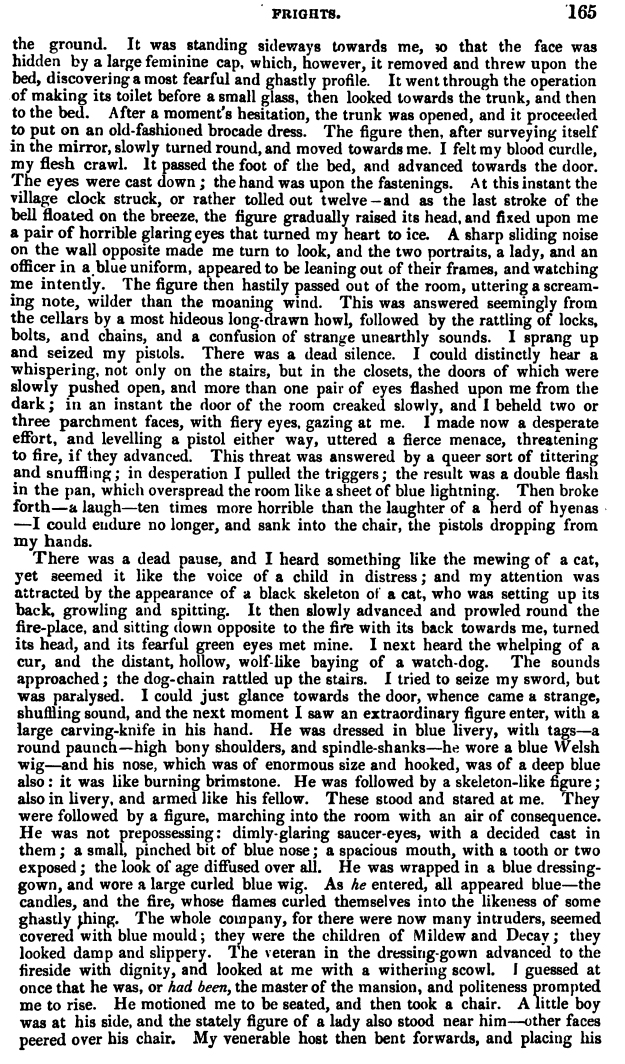 For more local Halloween and ghostly folklore, see previous posts, here and here; and one of my project websites (Malefic Midlands), here (which I should be posting over the next few days, if not today, and which also discusses the History of Halloween).

[i] I preparing a series of public tours, talks, and publications on topics that include Death and Burial; Ritual and Folk Magic; Christmas; Love, Marriage, and Family; and Antiquarianism – some of which I had intended to deliver this year, although other commitments are likely to delay these until 2017-18. If interested in any of these events or publications, see my freelance website for more details, and notification of upcoming educational sessions; I will note on this blog, and other relevant sites (such as that of Living in the Past Community Archaeology Project; Past Sense Project; and Malefic Midlands Project). I shall also post information via my Twitter feeds (@Antiquary_Notes; @LIPCA_Project; @P_S_Project).

[ii] It is just possible that the October date of the etchings that precede the text of the first might be of relevance, although as the observation of Halloween customs was at the time – in the mid 19th century – generally limited to certain areas, this may be coincidental. The newspaper extract is dated to late September – also close to the beginning of winter, when minds are perhaps liable to turn to death and decay. However, a ‘ghost’ had also been noted in the town earlier in the year: ‘A ‘Ghost’ in Stepping Lane’, Derbyshire Advertiser and Journal, 4 September 1885, p.6. For a discussion of the history of Halloween traditions in Britain, see Ronald Hutton’s 1996 The Stations of the Sun.

[vi] It is perhaps relevant that the author of this piece (presumably Cruikshank, as Blanchard seems to initial his own work in the book, e.g. ‘Love Seeking a Lodging’, p.14) speaks of ‘…two of papa’s friends who were “regular story tellers.” Mr. O’Brien had a store of Irish legends…’, although of course the fictional nature of this work must be kept in mind.

Investigations into everyday life & death in England during the 17th – early 19th centuries.

Meanderings through material culture & other historical sources focus upon industrial communities in the Midlands, UK.